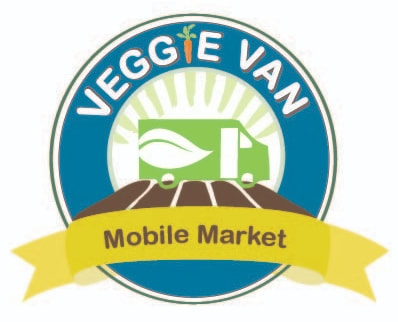 Following the initial pilot, the first round of four additional sites that VV opened at were: a health clinic, a local health department, a subsidized senior living facility, and a community college. We discontinued serving the senior living facility after a short period of time because while the seniors enjoyed the program and especially liked the cooking demonstrations, many lived alone and did not prepare/eat enough produce to buy a box every week. We tried a smaller "single" bunch of produce at this site, but even with this option sales were very limited. This finding mirrors our formative focus groups at the local senior center; of all the groups we conducted, seniors were the only ones that preferred a prepared food program to a mobile produce market since they did not like to cook for just themselves. On the contrary, many older individuals in the focus groups lamented cultural changes away from gardening/farming and home-prepared meals, which was why we initially thought we might have success with this group.

After several months of delivering the VV program at the first four sites, we conducted four focus groups with both users and non-users (N=27). All focus groups lasted between 1.5 and 2 hours, and participants were given a $25 gift card to VV or a local grocery store. Based on these focus groups, we learned customers had concerns that they were being targeted as low-income and offered "seconds" (i.e., leftover produce). Using this information, we learned the importance of letting customers know the purpose of the program, and that the produce they received was the same produce that was sold to home delivery customers at market rates ($18-$25/box).
We tested asking customers to commit to six initial weeks of produce; they could pay week-to-week, and if they didn't miss any pick-ups (without letting us know in advance), they would receive their sixth week free. While this was an incentive for new customers, ongoing customers reported they wanted more flexibility and did not want to commit to several weeks of boxes or pre-pay/pre-order for the next week. Despite this, we had some of the highest number of customers during this period.

While some customers did not like the box model because they had limited choice, others said it helped them to try things that they wouldn't normally eat, and encouraged them to eat more F&V overall. Others, especially parents of small children, had concerns about their family not liking everything in the box and the food going to waste; given their limited income, they could not afford to waste anything. Some customers suggested they would like to be able to order and/or pay for a box online since they weren't always prepared to order a week in advance.

We were particularly interested in talking to customers about how to make the VV model sustainable. VV did not require any income verification to allow customers to purchase discounted boxes and so anyone could participate. This was different from programs like "Double Up Food Bucks," which is only available to SNAP recipients; however, we heard frequently in our formative work that just because someone was not eligible for SNAP didn't mean they could afford enough F&V. While this model allowed for more inclusivity, it was difficult to maintain from a financial perspective.
​We also suspected that some customers would pay more if given the option. We tested some sliding scale options, but found that most customers continued to pay the lower price. We learned from the focus groups that customers still had little understanding of the purpose of the program, reasons for the sliding scale pricing, or the true costs of the produce. Most felt that better communication and transparency around the program's purpose, including the need for some people to pay more to keep the program sustainable, would encourage some people to pay more; others just saw VV as a place to get affordable produce and did not have interest in learning more about VV's role in community food access.
​
Next: Research Phase